Today we will be teaching 4 Reasons Why Sex is more Spiritual. One of the things that we should hold sacred is sexual intercourse. However, it is sad today to see that people don’t even have regard for it anymore. This is most common among young Christians. Dating has become the proper avenue for most Christian bother and sisters to have free sex without conscience. Meanwhile, the scripture stated emphatically in the book of Hebrews 13:4 Marriage is honorable among all, and the bed undefiled; but fornicators and adulterers God will judge.

The bed undefiled here means sexual purity. This means God only ordain sex as an activity that should be done within the confines of marriage. But today, we see sex everywhere we go. Social media is not even helping lately as tons of sexually explicit content finds its way to the internet on daily basis. God wants a nation of holiness, He wants a legion of people that are free from every form of sexual sin and impurities. That’s why He has laid in our hearts to caution people about sexual impurities by teaching 4 reasons why sex is more spiritual.

We believe this blog will liberate you from every form of sexual impurity that you indulge in. The scripture says my people perish because they lack knowledge. Today you will know why you should only have sex within the confines of marriage.

4 Reasons Why Sex Is More Spiritual

Sex Before Marriage Is Fornication

1 Corinthians 6:9–10 Be not deceived: neither fornicators, nor idolaters, nor adulterers, nor effeminate, nor abusers of themselves with mankind, Nor thieves, nor covetous, nor drunkards, nor revilers, nor extortioners, shall inherit the kingdom of God.” 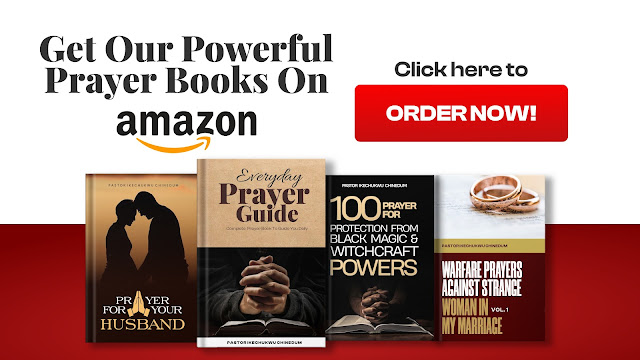 Sex between two unmarried people is fornication and God detests it. This is most common among men and women who are just dating. Now, because they have expressed their love and affection towards one another, they think it is right to have sex. Whereas, the scripture says in the book of Hebrews 13:4 Marriage is honorable among all, and the bed undefiled; but fornicators and adulterers God will judge. Fornication is a great sin before God.

Sex is a covenant between two persons. There is an agreement that one enters into when sex happens. That’s why God commanded that it should only be done within the scope of marriage. 1 Corinthians 6:18–19 -

“Run from sexual sin! No other sin so clearly affects the body as this one does. For sexual immorality is a sin against your own body. Don’t you realize that your body is the temple of the Holy Spirit, who lives in you and was given to you by God? You do not belong to yourself.” Our body is the temple of the Lord, fornication destroys this temple, flee from it today.

Sex After Marriage is Adultery

1 Corinthians 6:9–10 Be not deceived: neither fornicators, nor idolaters, nor adulterers, nor effeminate, nor abusers of themselves with mankind, Nor thieves, nor covetous, nor drunkards, nor revilers, nor extortioners, shall inherit the kingdom of God.”

In my years in ministry, I have counseled so many couples. I have seen couples whose childlessness was caused by an act of adultery perpetuated by the man. Most attacks of the enemy are futile until there is a blood covenant between a man and a woman. Today in the world, there are plenty of women whose real home is from the marine world. The devil has sent them out to destroy the lives of believers through adultery and the best way they can achieve that is through sex.

Sex is not as physical as you think it is, it is more spiritual than you think.

It Is A Symbol of One Flesh

1 Corinthians 6:16 Do you not know that he who unites himself with a prostitute is one with her in body? For it is said, “The two will become one flesh.”

This is Apostle Paul speaking here. He who unites himself ( have sex ) with a prostitute has become one body with her. The thing is that sex is the last ritual of marriage. It is the last tradition that God uses to turn a man and woman into one flesh. Meanwhile, a prostitute in this context doesn’t only mean sex hawkers that do it solely to make money.

The prostitute could be any lady. It could be a sister in your church. The moment you have sex with a woman that you are not legally married to, you have rubbished the covenant that is hidden in marriage. Sex should only happen between two people married to one another. Having sex with another woman or man you are not married to is breaking the standard God has set aside. And there is always a punishment for breaking God’s standard.

It Is The Most Powerful Covenant

The only covenant that supersedes the covenant of sex is the death and resurrection of Christ which brought about our salvation and redemption. Besides that, sex is the greatest and most powerful covenant. There is no covenant without blood. The moment the blood is spilled there is a covenant.

When a man has sex with a woman, he has entered into an agreement with such a woman. Whatever curse that runs in the lineage of any of them will start affecting the two of them because of the blood connection. Every Spiritual force that hunts a person will start hunting the other person because of the alliance between them.

Sex is not a recreational activity, neither is it physical activity. It symbolizes oneness. There is no covenant stronger than the one that involves blood. Sex gives credence to the spiritual meaning of marriage which is one flesh. A married couple becomes one flesh after their first night as a couple.

So it is important to ensure the bed is undefiled. Meanwhile, if you have ignorantly entered into an evil covenant with any man or woman by means of an unholy sex God is merciful enough to destroy such evil covenants.

What Does The Bible Says About Intercessory Prayers

5 Biblical Principles That Will Transform Your Life

What Is The Meaning Of The Prayer Of Jabez

PRAYER FOR THE NATION OF NAMIBIA