Today, we will be explaining why we say amen at the end of a prayer. Amen is generally used at the end of a prayer, creed or request. It is said as an affirmation of truth or agreement. It also denotes to mean so be it, it is so, so shall it be. It is used by christians at the end of prayer to mean that their request has been granted. We saw that amen was said many times in the bible both in the old and new testament. Amen was first mentioned in the bible in the book of Numbers 5vs 22 when God talked to Moses about the punishments that awaits unfaithful wives and it was finished with Amen which signifies so shall it be.

You May Also Like To Read: 20 Bible Verses About Importance Of Prayers 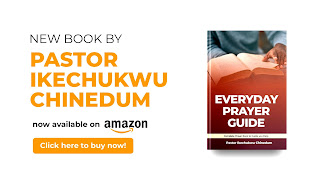 Power of Saying Amen At The End of Prayer

Amen is a Hebrew word which even when it was translated to other languages it still means the same thing, that is it still has the same meaning. It means the confirmation of truth or an agreement between us and our Creator whom we are praying to. It means you’re saying so shall it be , it is settled, it is confirmed, it is true and so on. It’s like a word of affirmation. When we end our prayer with Amen it means that we have acknowledged that God has answered our prayers and listened to our outcry.

When we say amen at the end of a prayer it’s our way of saying we know God has heard our prayers and will Surely answer us in His own time and will give us our testimonies. Amen is an expression that all of those things we asked for when we prayed, all the things we praised God for, all our pains we cried out to God to hear, out secret prayers that we want only God to hear and answer, all out joys, emotions, are in God’s truth and only Him can answer us and give us our miracles. God’s words are in His truth.

How Can Amen Be Used?

Amen can be used in different situations just like when God sent out His word to the Israelites in the book of Deuteronomy 27 from vs 14-19. We see there that God instructions went out to the Levites and they responded with Amen signifying that so shall it be , so be it meaning they won’t go against God’s word and will do according to what God has asked them to do. Amen is very Important to us christian as it was reviewed later on they Jesus himself started His word with Amen and also he was also referred to as Amen in the bible. So saying Amen at the end of every prayer is like calling Jesus into our lives and telling Him our outcry directly.

Jesus referred to Himself as Amen. We see that Jesus is the word which later became flesh. Jesus is the truth, the Way and the life, no one goes to the Father except Jesus which the bible has referred to many times as our advocate who is pleading on our behalf that we might not be destroyed due to our sins. Jesus speaks the truth always. His word signifies that He has authority over the truth and whatever comes out of his mouth is the truth and is life to whoever hears and listens to it.

We have learnt from our previous paragraphs that Amen is an affirmation of truth and it is said that out Lord Jesus Christ is the truth it is therefore not surprising that Amen is a perfect confirmation of all that is true and all that is perfect and right, is seen in the person of Jesus Christ himself.Every time we say Amen after hearing a truth from the Bible, in the back of our minds this should mean: “Yes! I believe this is true because of Jesus.” Every promise of blessing, peace, provision, comfort, forgiveness, life, and holiness is fulfilled because of the work and person of Christ. He is the great Amen.

5 Importance of Saying Amen After Prayer

Some of the importance of saying Amen at the end of our prayers:

7 Important Reasons Why We Need to Pray

What is Spiritual Warfare Prayer?